Gaddesby Half Marathon and 10km

The Gaddesby Half Marathon was first held in 2000 over a course devised by Jeff Bodycott.  Jeff organised the whole event in the first year and even ran the race itself.  In subsequent years Jeff led a team of villagers who became the Gaddesby Gallopers. 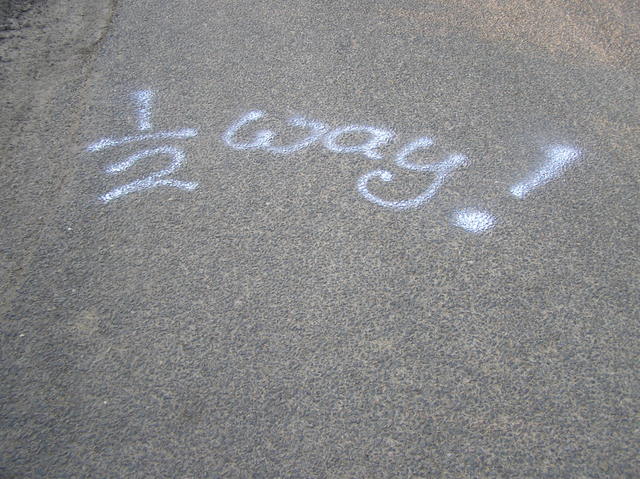 The race was held in successive years until 2006.

Each year there were a number of walkers who also completed the half marathon circuit setting off an hour before the runners.

The 10km race was run in years from 2001.  The course took the runners up through the village to Pasture Lane then back down Paske Avenue, Park Hill and Main Street before following the Half Marathon route for a mile.  The 10km course then split off to Barsby and then left down the hill towards Ashby Folville. Just before the Ashby the runners turned left again and climbed Gee’s Hill towards Great Dalby. At the top of the hill they turn left back along Pasture Lane and keep turning left until they reach Gaddesby. The course finished in the field opposite the pub.

The run is over a measured 10km distance. The ascent of Gee’s Hill was quite challenging and there were hills at the start of the course and up to Barsby.  The course record was set in 2002 by Chris Southam in 35:17s. The record for the fastest lady is held by Nicky Nealon in 41:34 (2002).